– After the first full month with social distancing measures in place, the housing market is adjusting to the effects of COVID-19.
April sales hit 573 units, a decline of 63 per cent over last year.
“The decline in home sales does not come as a surprise. The combined impact of COVID-19 and the situation in the energy sector is causing housing demand to fall,” said CREB® chief economist Ann-Marie Lurie. “Demand is also falling faster than supply. This is keeping the market in buyers’ territory and weighing on prices.”
Sales activity eased across all price ranges, but the largest declines were for homes priced above $600,000. With a greater share of the sales occurring in the lower price ranges, the average price decline was more than eight per cent. Prices for the average home are also declining, reflected by the benchmark price, which fell by nearly two per cent compared to last year.
New listings this month totalled 1,425 units, a decline of 54 per cent compared to last year. Inventories also declined, but with 5,565 units available, they remained high enough to push the months of supply above nine months.
The economic impact of the situation is significant and early indications point toward more job losses and higher unemployment rates. Several government incentives will help cushion the blow, but challenges in the housing market are expected to persist throughout this year.

Detached
• Detached sales eased by 63 per cent this month compared to last year, with the largest decline in the West district.
• Slower demand was also met with easing supply, as new listings declined by 57 per cent. Overall, inventories eased by
25 per cent compared to last year. Despite the decline in inventory, the months of supply rose to more than eight
months.
• The detached benchmark price eased by one per cent over last year, totalling $479,100. Prices managed to remain flat
in both the South and South East districts. The highest price decline was in the City Centre, with a drop of more than
three per cent.
Apartment
• Apartment sales slowed to 95 units. This is a 62 per cent decline over last year. New listings also slowed, but it was not enough to support a larger decline in inventory levels, which only eased by 13 per cent compared to last year. With 1,349 units in inventory, the months of supply rose to 14 months.
• Condominium prices were falling before recent developments in the market and the pace of decline remained relatively unchanged at more than two per cent compared to last year. Since the first energy crisis in 2014, the citywide apartment benchmark price has declined by nearly 19 per cent.
• Year-over-year prices have eased across almost all districts, but the South East district saw the largest year-over-year decline this month at nearly six per cent.
Attached
• Semi-detached and row properties recorded a significant drop in sales and new listings, causing inventories to decline by nearly 20 per cent. However, with a combined inventory of 1,441 units compared to just 138 sales, the months of supply rose to over 10 months.
• Semi-detached prices eased across all districts for a citywide year-over-year decline of nearly three per cent. The City Centre recorded the largest year-over-year decline at four per cent.
• Row priced declined in all areas except the East district. Citywide row prices declined by more than two per cent for a total of $278,300. 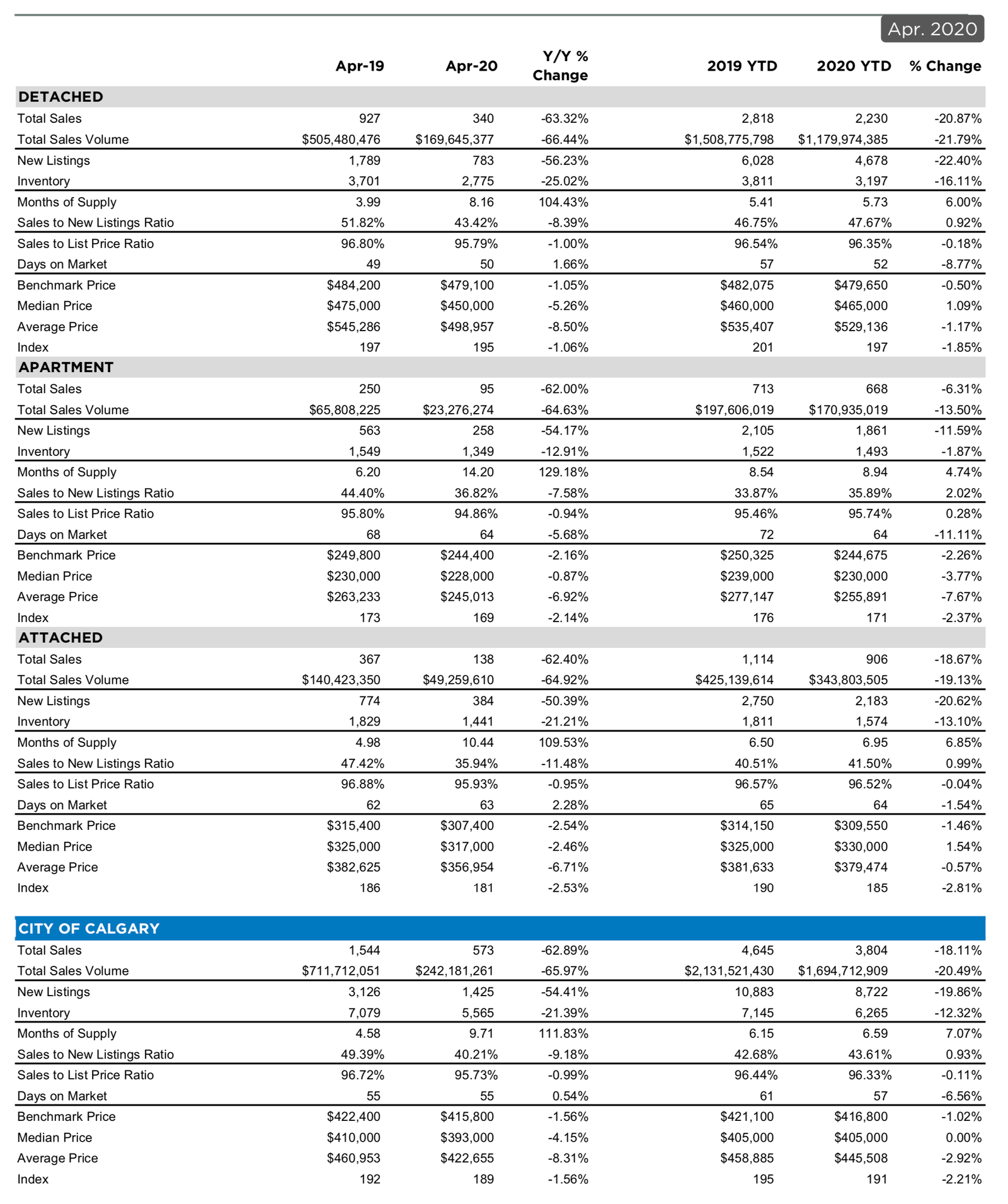